To make breakthroughs, it has to be adaptive and agile.
Amanda Ziadeh 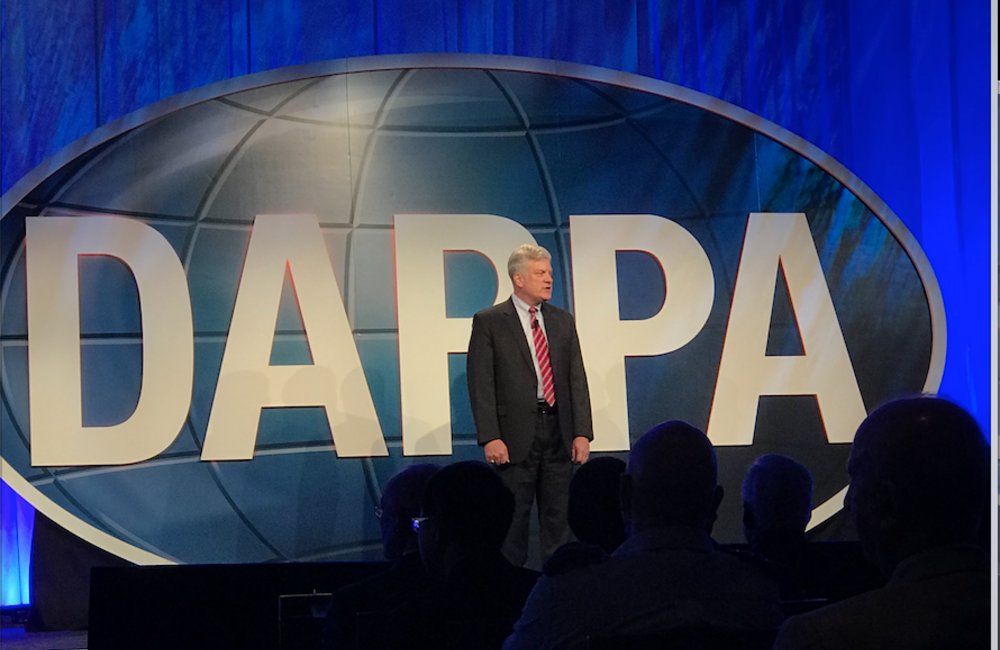 The Defense Department’s emerging tech arm has had the same mission for decades — develop breakthrough tech for national security — but the world around it hasn’t been constant, which has posed some real challenges that will pivot the agency’s future strategic priorities.

That’s according to Defense Advanced Research Projects Agency Director Steven Walker, who kicked off DARPA’s 60th Anniversary Symposium in Maryland on Sept. 5, outlining the impact of new and emerging tech.

“The world has seen some remarkable scientific and technological achievements . . . at the same time, the world is experiencing significant technological, economic and geopolitical shifts that pose real threats,” Walker said, and those threats cause major challenges for the agency:

And how these “dueling trends,” as Walker called them, of opportunity and jeopardy affect national security in the future is driving DARPA’s strategic priorities going forward. The tech behind these challenges “can also be part of the solution,” Walker said, “helping to ensure these trends to not undermine American stability.”

It’s not that DARPA hasn’t been making significant strides in these technological areas, because it has. But to have true breakthroughs, Walker said DARPA has to be highly adaptive and agile.

Agile enough to anticipate these threats, bring in the right people in science and engineering, and to turn their ideas into capabilities. “Only then can DARPA truly remain the global vanguard leading in science and technology,” Walker said.

“We need to be the first to understand these new technologies, to inform our policymakers and the warfighters on their potential use and/or misuse,” Walker said, and then apply them to the nation’s defense.