Combating Cancer with Advanced IT Skip to main content

Combating Cancer with Advanced IT

An interview with Jeff Shilling, CIO at the National Cancer Institute 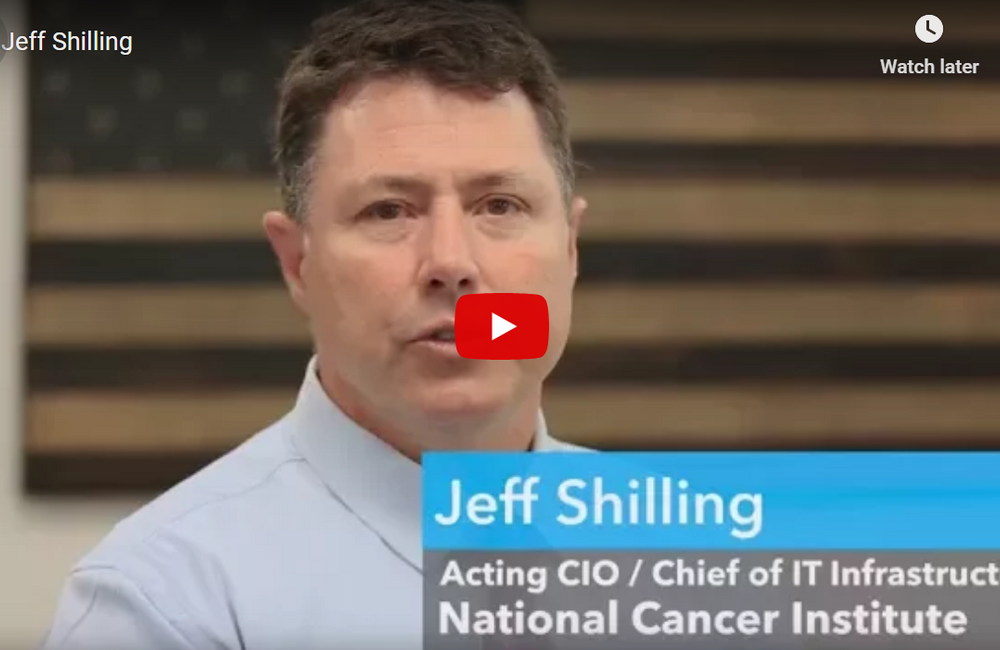 Cancer research is a technology-driven enterprise, and everything from digital data-collecting Fitbits to image and molecular analysis has helped the National Cancer Institute better understand the biology of the disease.

“It’s really a complete marriage of technology and scientific research, and with that, the connector is often information technology,” said Jeff Shilling, acting chief information officer and chief of IT infrastructure at NCI, which is part of the Health and Human Services Department. In an interview with GovernmentCIO Magazine, he cited the merge of advanced technological and medical capabilities as a major player in the fight to diagnose, measure and combat cancer.

But what Shilling sees as the most disruptive technology for next year and beyond is the move to electronic medical records. It’s “a very difficult road for all health care,” he said, as it requires patient interaction and a reliance on doctors to enter the medical records into a computer. “They’re creating order out of that disorder.”

And in the coming year, Shilling also looks forward to reaping the benefits of NCI’s recent IT culture change, from being technologically focused to customer and service oriented.