Can Blockchain Secure the Ballot Box? Skip to main content

Can Blockchain Secure the Ballot Box? 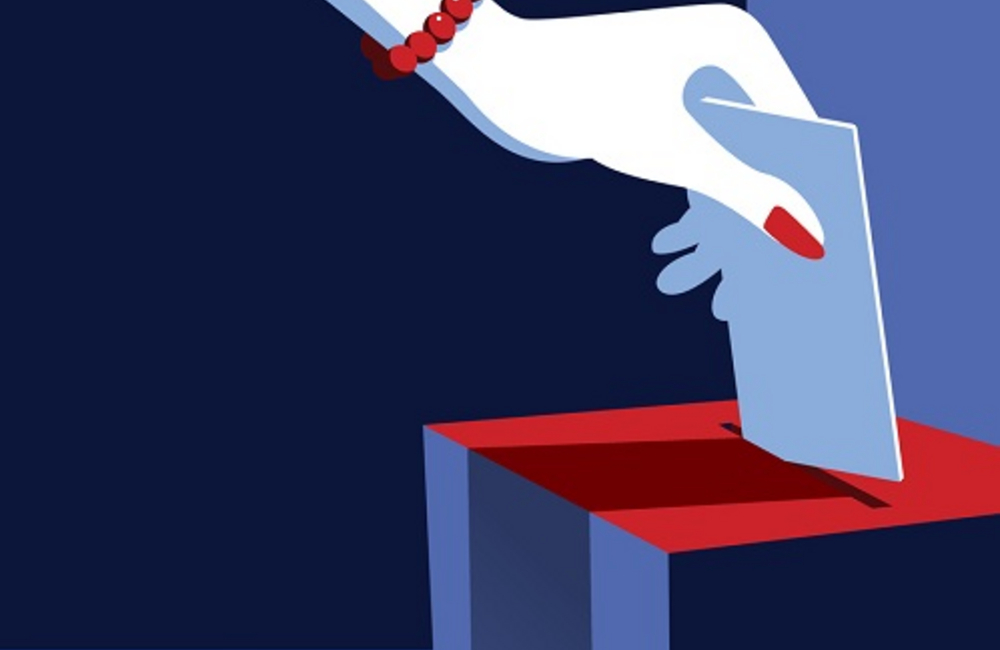 With midterm elections looming in November, federal and state officials are now busy circling the wagons to ensure the integrity of the process. The primary public focus is on Russia, which ran a campaign to disrupt the democratic process and influence the 2016 presidential election through social media, public rallies and other efforts, and is showing signs of doing the same thing again, officials have said.

“Frankly, the United States is under attack,” Director of National Intelligence Dan Coats told the Senate Intelligence Committee at a hearing this month on worldwide threats. “There should be no doubt that Russia perceives its past efforts as successful and views the 2018 U.S. midterm elections as a potential target for Russian influence operations.”

But while a lot of the focus has been on operations spread through social media — which resulted in special counsel Robert Mueller’s indictments of 13 Russian nationals and three organizations — there is another element of interference that has elections officials worried.

While there is no evidence hackers from Russia or anywhere else changed votes in the 2016 election, the Homeland Security Department has said Russian hackers did probe the systems of 21 states and that a few of them were compromised. Is gaining access to voting systems and changing votes the next step?

Inflaming political divisions and preexisting hatreds with online posts of, let’s say, questionable accuracy is one thing. Many U.S. citizens with online access do that on their own. And although there is no question Russia’s troll farmers worked hard to influence the election, how much influence they ultimately had is uncertain.

Actually changing votes, however, would take election interference and political disruption to another level. Even if vote-changing were detected, the fact that outside actors could gain access would shake confidence in the process.

Votes in the Machine

Security researchers have frequently demonstrated how voting machines can be hacked. Researchers at the Def Con conference last year showed how quickly they could do it with voting machines they bought from eBay and government auctions.

With the threat looking more and more real, election officials in practically every state have taken steps to shore up their systems. Representatives from all states are getting classified briefings from the Office of the Director of National Intelligence, DHS and the FBI. Other responses have been varied. DHS is scanning the systems of 32 states and 31 local governments to detect vulnerabilities. Others states and voting precincts will make more use of paper ballots, optical scanners and/or use systems that automatically create a paper record. (Paper might seem somewhat 19th century, but it’s still more iron-clad than most electronic systems.)

These steps might be the best states can do in the short time before the spring primaries and the November midterms. But election officials need to find a better, more secure system for the future.

One technology promoted is blockchain, the digital ledger system best known as the underlying support for cryptocurrencies such as bitcoin. In essence, blockchain creates, literally, a chain of information blocks that can’t be changed, only added to. In financial circles, it creates a decentralized approach that is more secure than traditional systems, but it also has value in many areas beyond cryptocurrencies. Industry is using it for other financial transactions and to track shipments. The Pentagon is looking to use it to secure 3-D printing supply chains and deployed messaging systems, as well as for other uses.

Blockchain also could make sense for voting systems. Its technology can authenticate the identity of voters, and its time-stamped records of transactions create an audit trail would ensure votes, once cast, can’t be messed with, according to proponents such as the organization Follow My Vote. Blockchain, they argue, even could, gulp, enable online voting, an idea that has been an anathema to security experts. (Anyone who even mentioned it at a conference like Def Con or Black Hat usually got guffawed off the stage because of the obvious security risks.)

But if blockchain can secure online financial transactions better than more established methods, why couldn’t it be applied to online voting? If possible, it would cut the costs of voting while making voting available to people who can’t get to the polls, and prevent the 5-hour lines common in some precincts.

No doubt there would be a few wrinkles — such as the costs and logistics of applying the technology — to iron out in using blockchain either for polling places or online voting. But as state officials look to lock down their systems in the face of increasing activity by outside threats, it is an option worth taking a hard look at. Then, they can worry about who’s tweeting what.