Bots Aren’t People, But Should HR Treat Them Like They Are?

Agencies have to consider how to manage the incoming flux of virtual employees.
Kevin McCaney 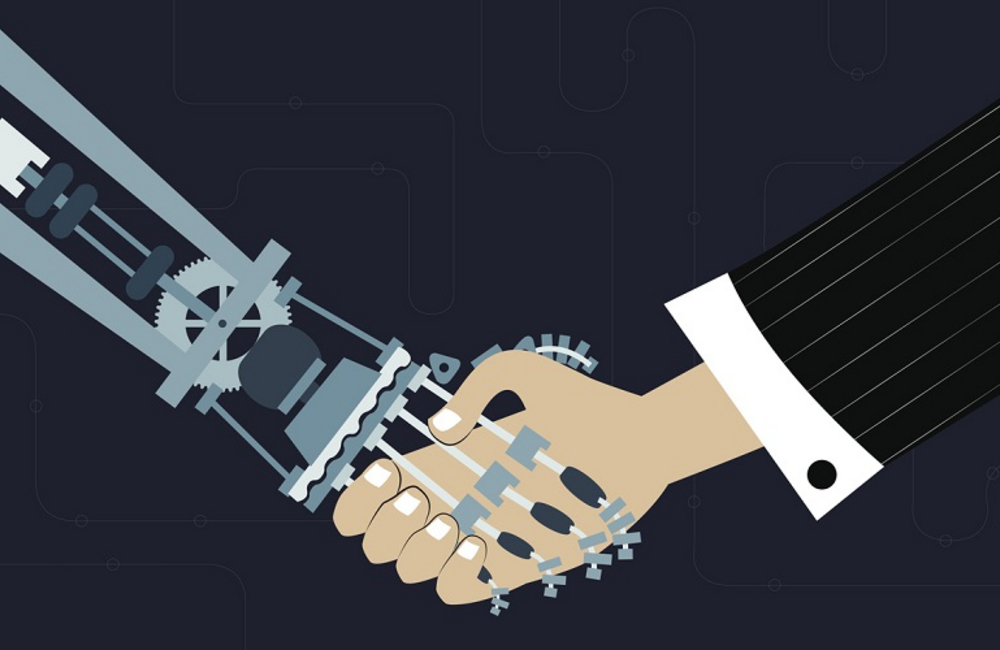 In a whimsical sense, robotic systems performing basic jobs can seem like a human resources dream: They work around the clock at high speeds on mundane tasks nobody else wants to do, and do it without complaint, paychecks or office confrontations. But agencies’ foray into using bots to handle business processes actually raises a host of questions HR departments might not currently be thinking about. Specifically, should they be managed like software programs or as some version of an employee?

For all of its well-known work in developing hardware robots for jobs such as working in space or disposing of bombs, the government has trailed industry in applying software robotics. But agencies are getting into the game.

The General Services Administration a couple years ago began using a using a chatbot named Mrs. Landingham to keep new hires abreast of new forms, discussions and terminology they needed to know. GSA has since put other bots to work, as have state and local agencies. At least five federal agencies have worked on Robotic Process Automation projects, developing automated systems to perform rules-based, repetitive tasks currently handled by humans. One of those agencies, NASA, last year put its first bot to work in its Shared Services Center.

Nicknamed George Washington, the NASA bot performs clerical work such as opening email and copying and pasting information into an HR file. Over at the Treasury Department, the Bureau of the Fiscal Service's Office of Financial Innovation and Transformation is running two pilot programs to explore how RPA and distributed ledger technology (i.e. blockchain) could improve federal financial management.

Jobs on the Line

The introduction of bots in any form is raising a number of concerns, the first being whether they will eliminate human jobs. And they will, according to projections, just as automation has done at least since the advent of the assembly line. But while some dour predictions say robots will take a third of all jobs by 2025, there is also the possibility bots could create other, better jobs.

A Deloitte report, “From brawn to brains,” for instance, found while 800,000 low-skilled jobs in the U.K. were lost to automation over a 15-year period, another 3.5 million higher-skilled jobs were created.

But aside from job projections, agencies have to consider how to manage the incoming flux of virtual employees — including whether to treat them as IT assets or pseudo employees.

“These are the types of questions that we’re going to have to grapple with, and they’re completely outside of the conversations we’ve ever had in the past about initiatives like this,” Justin Herman, GSA’s Emerging Technologies Program said during a recent panel discussion in Washington, D.C., GovernmentCIO Magazine previously reported.

While there are obvious differences between real-life and virtual employees, the AI and machine learning aspects of bots — and the jobs they’re able to do — make it a valid question. NASA’s George Washington, for instance, has its own email account and permissions for each application it deals with, like other employees. There also could be the aspects of performance and what virtual employees add to an organization to consider. Earlier this year, the European parliament raised the question of whether to tax robots based on the extent they and AI contribute to a company’s bottom line.

Part of the Team

But perhaps the key element in managing AI bots is that, in government as well as in industry, they must work in collaboration with human employees — one of the benefits cited by agencies using bots is that it frees up human workers for more important tasks.

“Understanding the capabilities of this new workforce and ensuring they work in conjunction with your existing teams is a key activity for HR,” Paul Donaldson, the U.K. practice lead for automation at a sourcing consultancy called Alsbridge, told HR Magazine.

Human-machine teaming, in fact, is a primary goal for government agencies making use of AI. The Defense Department’s Third Offset Strategy includes a focus on human-machine collaboration in systems such as the F-35 Joint Strike Fighter — which gathers and analyzes massive amounts of data before presenting it to the pilot to aid decision-making — or in swarming systems that combine of the efforts of manned and unmanned aircraft. The Defense Advanced Research Projects Agency last year launched its Agile Teams program, looking to use a mathematical approach to optimize hybrid human-machine systems.

Agencies are seeing the benefits of RPA and other forms of AI-based automation as a relatively easy and inexpensive way to improve performance. But as bots and other systems become more prevalent, managing those systems become a more pressing question.

“The fact of the matter,” states the HR Trend Institute, “is that HR departments currently have important questions to face, and they can no longer afford to look the other way.”