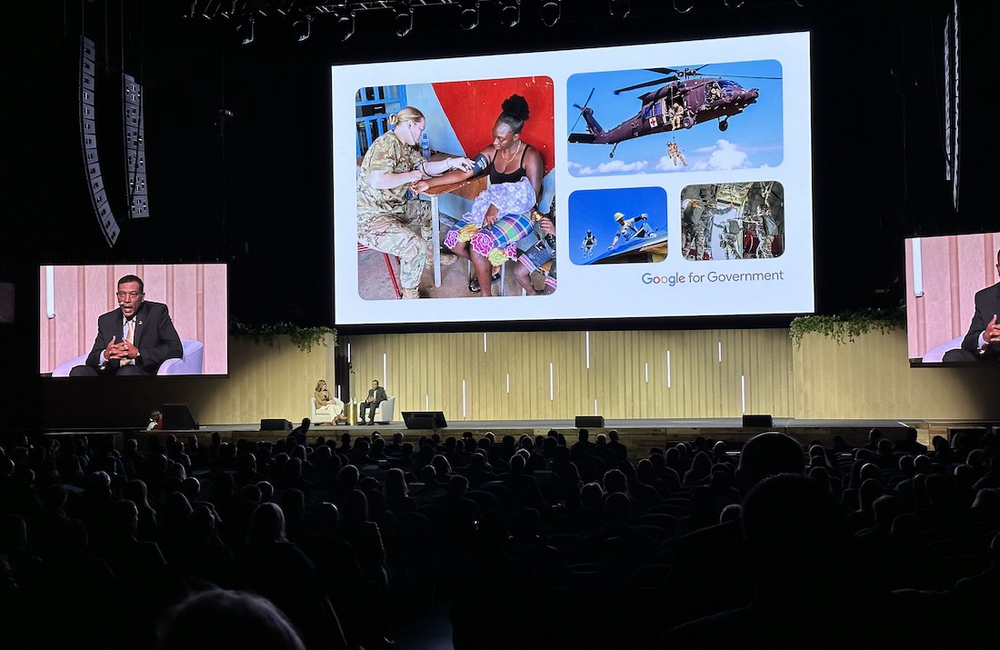 The Army is on pace toward integrating 250,000 members of its workforce with Google Workspaces by middle of 2023 in a long-term effort to impact the user experience and overcome recruiting challenges, Army CIO Raj Iyer said last week.

First announced in October, the Army has since turned on its Google Workspace for 160,000 personnel. The Army was looking to provide an alternative email solution for select users who don't need the full capabilities of Army365, Iyer said in a LinkedIn post at the time.

The Army has endeavored to institute digital modernization initiatives with an eye toward the user experience.

“One of the things that I sensed, looking around the Army, was how poor our collaboration tools were. … It was very clear there was a large segment of our user base we were not serving well,” Iyer said during a keynote session at the Nov. 15 Google Government Summit in Washington, D.C.

“We're talking about 18 to 20 year olds coming into the Army to serve and they didn’t have basic email,” he said.

The effort follows another Army initiative to roll out a bring-your-own-device policy — part of a broader Defense Department policy allowing more service members and civilians to work on their phones and home computers.

These major digital transformations come during a time when the service faces a challenging recruitment environment to hire and retain critical top tech talent.

The Army last month released declining recruitment numbers for fiscal year 2022 in what it calls its “most challenging labor market since the inception of the all-volunteer force.”

"We need more people that really understand technology and to help us transform and modernize," said Principal Deputy Assistant Secretary of the Army for Acquisition, Logistics and Technology Young Bang at the Google event last week.

The Army is not unique among the rest of the armed forces who face the same challenges — a tight labor market and increased competition from the private sector that oftentimes is offering matched or better benefits to young recruits.

Creating an environment that cultivates the next generation of the workforce is one focus area outlined in the newly released National Defense Strategy.

“I think the No. 1 problem is culture,” DOD Chief Digital and AI Officer Craig Martell said in June. “I think the other things will follow if we get the culture right. The main obstacle is a culture accepting of change while maintaining our mission goals.”