Army CIO Dr. Raj Iyer said the department is 'at an inflection point' for IT modernization to meet future threats.
Kate Macri 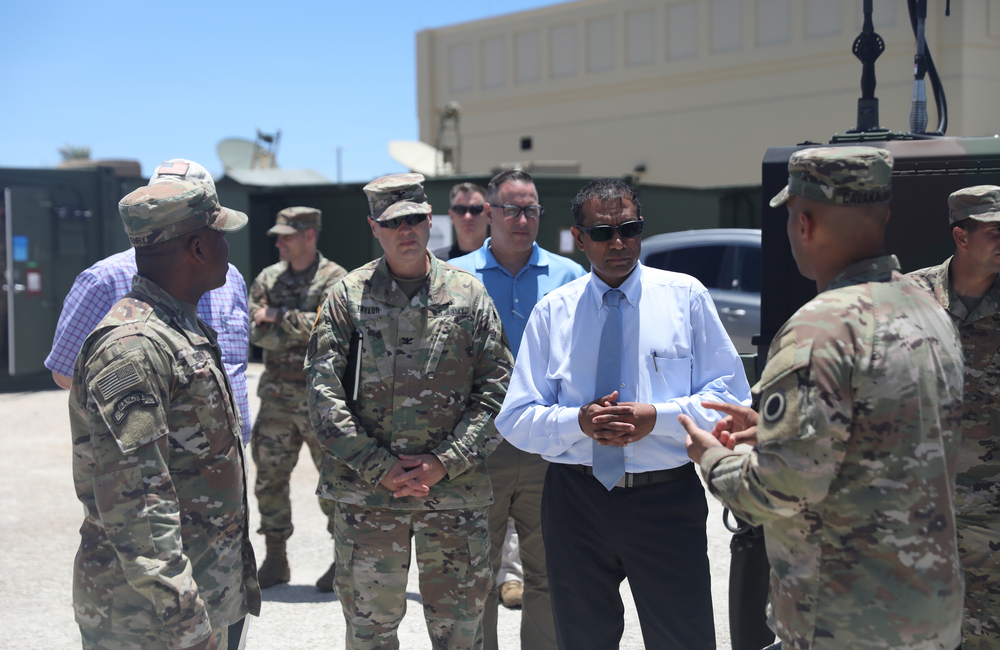 Army CIO Dr. Raj Iyer said his department is “at an inflection point” as it ramps up IT modernization initiatives to address multi-domain threats and implement the Defense Department’s Joint All Domain Command-and-Control (JADC2) plan.

“Our technologies and how to get to data centricity … these need to be readdressed from a future threat perspective,” he said during a media roundtable Thursday.

Iyer also discussed budget priorities for fiscal year 2023, which include requests of $9.8 billion for network modernization efforts, $2 billion for cybersecurity and $223 million for artificial intelligence (AI).

“2023 is really our opportunity to scale our cloud efforts,” Iyer said. “We're seeing about a $219 million investment in cloud in FY 2023 to continue to further our cloud migration journey.”

Lt. Gen. John B. Morrison, Jr., the Army’s Deputy Chief Of Staff, said the Army’s digital transformation goal is a unified network, citing DevSecOps as a key strategy in this effort.

“For JADC2 to work, it’s all the services working together,” he said during the media roundtable Thursday. “The DevSecOps piece of this is critical. It's not just changing capabilities and technologies, it's also when the threat changes, which happens every single day in this space.”

“AI is big in the Army right now,” he said. “The bottom line is how do we get to these large volumes of data in the field? To get to that decision dominance, we need to make sure this ML and automation capability can weed through all that data. These are the concepts we are trying to validate and pull out, [such as], how much data is needed at the tactical edge, what technology to support that.”

The Army will soon acquire new weapons systems, he added, which will have “built-in” AI capabilities to improve accuracy and efficiency.

“They all come with sensors and with the ability to fuse data at that [tactical] edge and present options to a soldier at a command post or our core headquarters,” Iyer said.

The Army’s AI priorities echo comments from other IT and JADC2 leaders at the 2022 DOD Digital & AI Symposium this week, which highlighted how data and AI will anchor JADC2 implementation and enable the warfighter to make better, smarter, faster decisions.

“We need to make sure zero trust architecture is built into everything we do,” Iyer said. “For us it is not a buzzword. It is not the old model of, where we build something and try to protect it later, that defense approach of protection from the outside is not really going to work in this future threat environment.”