Even the cloud has pot holes
Kevin McCaney 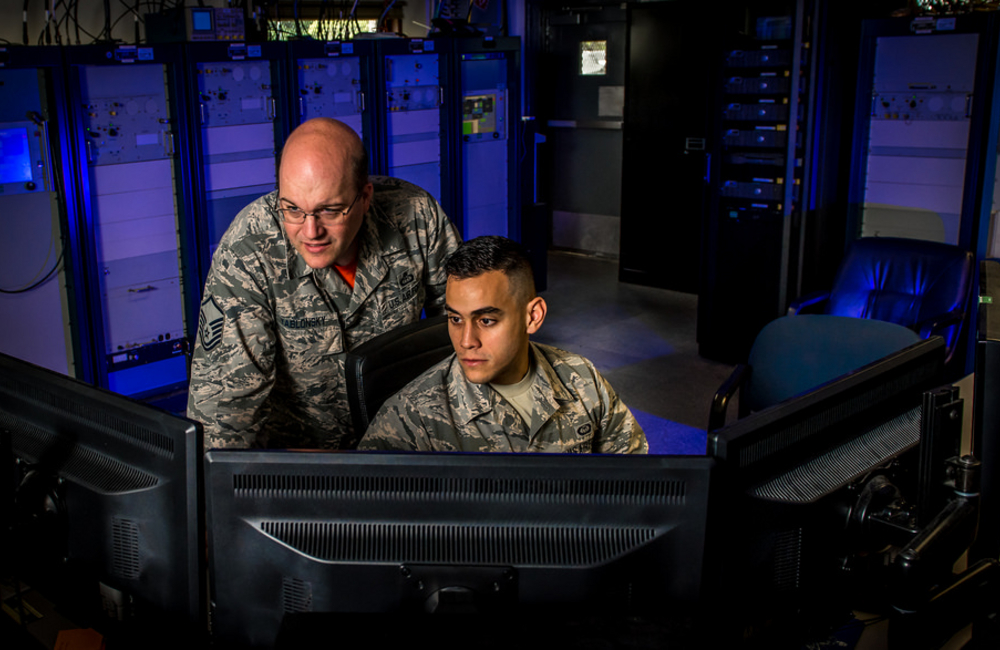 The Air Force just handed out contract awards totaling $121.7 million as part of a fast-moving experimental transformation program to test Enterprise IT-as-a-Service (EITaaS). The awards, to provide commercial data and voice services at a half-dozen Air Force bases, not only explores a way to get cloud services on board quickly, but also gives the Air Force one more way to tackle the looming cyber skills shortage by allowing airmen to focus on cyber defense rather than running basic services.

The deals themselves are small by Defense Department standards, but they mark the growing trend toward adopting cloud services, even if the military has to get a little creative to do so. The initial deal, specifically for Network as a Service (NaaS) agreements aimed at risk reduction, are the first salvo in an overall effort toward implementing EITaaS, Air Force officials said.

“This is a very exciting time for our Air Force IT community,” Brig. Gen. Michael Schmidt, program executive officer for Command, Control, Communications, Intelligence and Networks at Hanscom AFB, one of the bases experimenting with the service, said in a statement. “These NaaS experiments will allow us to see what the commercial industry can do for us in terms of bringing the network performance we expect, while maintaining the network security we need, at a price we can afford.”

The Air Force gave three-year contracts to AT&T (for $87.4 million) and Microsoft ($34.3 million) for “experimentation of a secure, reliable, measured, commercial data and voice network” for access to Department of Defense data and applications from DOD facilities as well as for mobile and remote users, according to a DOD contract announcement. Each contract involves three bases in the continental United States. Both were awarded as Other Transaction Agreements (OTAs), which are becoming a favorite tool among DOD organizations looking to grease the wheels of acquisition.

Beneath the push toward cloud is the Air Force’s desire to have its IT personnel concentrate on the more critical tasks of defending its networks and supporting its missions. “We want our airmen transitioning from running email and boxes to focusing on cyber defense,” Air Force Acting CIO Bill Marion told CyberScoop earlier this year. “Every time we move to the cloud, the intent is to free up cyber-operators for the mission defense teams.”

Even the Cloud Has Potholes

EITaaS—also referred to in the industry as EaaS, for Enterprise as a Service,—is an advanced cloud computing service model that incorporates software, infrastructure and platform offerings. It’s a way to unify on-demand Software as a Service (SaaS) cloud offerings, which arrive separately, into an ecosystem of cloud services.

DOD, for its part, has put a lot of emphasis lately on its need to move to the cloud and do it quickly, though it has run into some hurdles in its attempt to speed up the process. DOD’s most high-profile, enterprise-wide cloud foray, the Joint Enterprise Defense Initiative (JEDI), was formally introduced in March as a 10-year project with a roughly $10 billion ceiling and an accelerated schedule, with plans to go from a draft solicitation to a final award in a mere six months.

But JEDI soon ran into some push-back. Contractors voiced concerns over DOD’s plans to make JEDI a single award, worried that it was geared toward Amazon Web Services, and warned DOD about being locked in to a single vendor for up to a decade. A final request for proposals was moved from May to July, and then amended in August. Oracle immediately filed a protest over DOD’s single-vendor plans, and revised the protest in August. Just this week, IBM submitted a similar protest. And Congress made transparent reporting on JEDI a part of the 2019 National Defense Authorization Act.

Another fast-track cloud contract, a $950 million OTA award in February to REAN Cloud (an AWS partner) was quickly scuttled after a protest by Oracle, reduced in a matter of weeks to $65 million and limited to work for the U.S. Transportation Command, then scrubbed altogether in May after a ruling the Government Accountability Office.

All Power to the Shields

Regardless of what eventually happens with big-ticket contracts like JEDI—which if it reaches its $10 billion ceiling would still make up only 15 to 20 percent of DOD’s planned cloud spending—the military services are forging ahead with their own cloud endeavors, making use of OTAs to pursue EITaaS implementations, and other methods to incorporate cloud services. The Navy, for example, recently gave CSRA a five-year, $95 million blanket purchase agreement for commercial cloud services.

In addition to the cost and flexibility advantages of cloud, making use of commercial services also frees up IT staff to focus on more important tasks, particularly cyber operations. As Marion said, the Air Force wants its IT personnel to be part of its mission defense teams, or MTDs, which are specialized cyber units, sometimes called the “beat cops” of support operations, that tailor their services to support specific missions.

Maj. Gen. Robert Skinner, commander of the 24th Air Force and Air Forces Cyber, echoed that sentiment. “This initiative allows airmen currently engaged in IT to increase focus on our core cyber missions, such as cyber defense,” he said amid the announcement of the EITaaS contracts.

DOD, and the rest of the Federal government, has instituted a number of programs and incentives designed to attract and retain enough skilled cyber operators to manage the growing workload in cyberspace. Turning over basic IT operations duties to contractors, and letting existing IT staff instead focus on becoming cyber warriors, is another way address the skills shortage.