AI Will Ease Immigration Processes at the Border 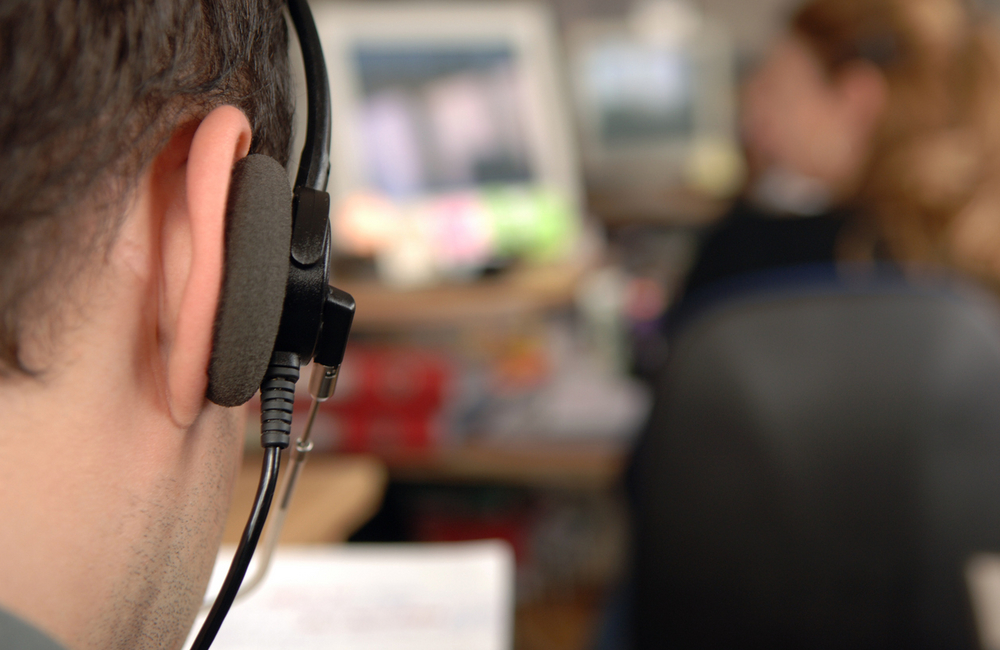 Immigration and Customs Enforcement (ICE) saw large surges in call volumes at one of its contact centers over the course of the pandemic, and now agency tech leadership sees promise in applying automation technologies to ease these burdens in navigating its case management processes regarding its detainees.

The effort is part of ICE's overall IT strategy to streamline the immigration process and improve data interoperability and functionality with other Department of Homeland Security agencies like the Customs and Border Protection (CBP) and Citizenship and Immigration Services (USCIS).

The contact center under ICE's Enforcement and Removal Operations (ERO) division — called the ERO Contact Center of Operations (ECCO) — aims to use artificial intelligence, machine learning and robotic process automation to help process requests more quickly. These requests can come from family members and attorneys trying to locate individuals detained by ICE. Individuals released by ICE are also required to check in with ECCO regularly.

The modernization efforts are especially critical as ECCO experiences extremely high call volumes and caseloads due to recent surges in immigration at the southwest border, Burries said.

ECCO operations are divided into a “three-tier prong,” Burries said. Tier 1 includes live calls, which are resolved once the call analyst ends the call with the caller. Tier 2 includes callers whose cases aren’t resolved at the end of the call, at which point the case is turned over to an ICE enforcement officer for further investigation. According to Burries, most Tier 2 cases are resolved within a business day or two.

Tier 3 cases, which include requests for information submitted through online forms, are a notable pain point for ECCO. These cases require extensive use of Microsoft SharePoint, which Burries said isn’t an adequate case management system for the department.

For example, if Burries wanted to pull up a three-month old case, finding it would require complicated IT processes because SharePoint archives any cases older than 60 days.

“That’s where the IT modernization is coming into play,” he said. “It's always been a funding issue. [With] technology funding being top priority this last year or two, we were able to get funds to modernize these things. [With SharePoint], we don't always get 100% clarity when a case closes. In the old module, SharePoint requires an officer out in the field to close the case then relate back to headquarters the case has been closed and they've done their job. Sometimes that gets missed and we don't get response back that the case has been closed. That's where we see the points or issues. That's now going to be resolved with this new case management system.”

Burries said ECCO plans to use ServiceNow for the new case management system based on other federal agencies’ success with the system for contact centers, like those at the Department of Health and Human Services (HHS).

The Online Detainee Locator System (OLDS), which ECCO manages, already saw significant efficiency improvements thanks to AI. The online form allows family members, attorneys and other stakeholders to search for detainees based on their biographical information or A-Number, which is a number ICE assigns to detainees.

“When I first started here looking over this particular module in 2014, it wasn't automated,” Burries said. “We used to run these scripts that would go over to USCIS databases, look for this information, grab it and send a response back.”

Now, OLDS runs checks every 20 minutes for new data from USCIS to ensure ECCO is up to date with the most recent information on the status of an individual going through the immigration system while ensuring the individual’s privacy.

“An example would be, if they came over on a B2 visitor's visa, and something has changed and now they've converted to a '384' and they've filed apps for a U visa that has to do with some sort of case the agency is working on,” Burries said. “The system will pick that up and shield them from being exposed to the general public.”

Due to the noted surges in call and case volume over the past two years, these IT modernization efforts will ease the pressure on ECCO moving forward.

Burries said calls overall jumped from 8,000 to 9,000 a day since the beginning of the pandemic. Due to the Biden administration’s request to shift more immigrants to ICE’s Alternatives to Detention Program (ATD), calls relating to ATD skyrocketed from 20 to 200 per day.

“The third thing that contributed [to high call and case volume] was what was happening at the border at the beginning of [2021]," Burries said, adding that immigrants there were specifically instructed to contact ECCO. “We are kind of the entry point for the agency, whether it's victim services, or, 'Hey thanks for letting me into the country, what do I do now?'”

Burries believes case management system modernization and technologies such as AI will help ECCO better comply with audits or questions from the Government Accountability Office (GAO) in the future.

“In order to pull something, we'd have to do a different request (through a data team) to go through the archive system to pull it,” Burries said. “The new case management system gives us the ability to look at all cases [holistically]. With SharePoint, you have to build report parameters. If you're not someone who builds reports in SharePoint, you have to ask someone to pull this information for you and put the information together. [ServiceNow gives] leadership the ability to pull data from a lot of different sources.”