Are machines more threatening to humankind than terrorism?
Amanda Ziadeh 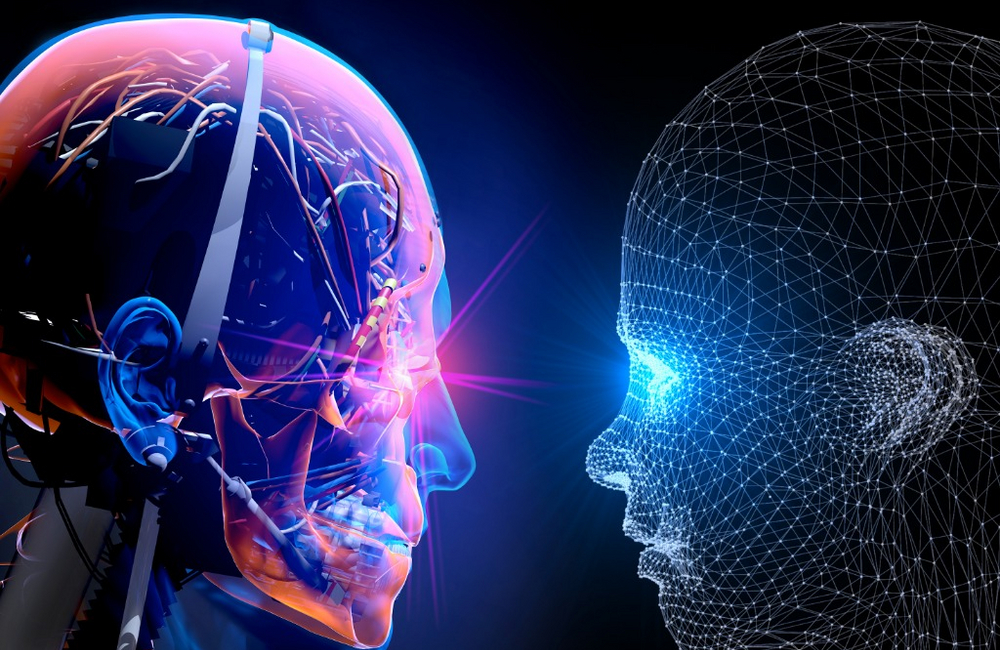 Jim Al-Khalili, a professor and the incoming president of the British Science Association, says the rise of machines is a greater risk to the future of humankind than terrorism, pandemics, antimicrobial resistance, world poverty or climate change. The most pressing conversation we should have is about the future of artificial intelligence, because it will “dominate what happens with all of these other issues for better or for worse,” he said at a briefing in London. Al-Khalili is concerned that to benefit from AI’s full potential, more transparency and public engagement is needed, as well as more collaboration from academia, government and industry. Without this, AI could end up uncontrolled and unregulated, resulting in public backlash and societal inequality of how it’s used. Metro

The Defense Advanced Research Projects Agency announced a $2 billion investment over five years toward new research efforts and programs aimed at advancing AI. It’s part of DARPA’s “Third Wave” campaign to develop machines that can learn and adapt to changing environments. Specifically, DARPA director Steven Walker said the agency wants to further explore how machines can communicate and reason like humans. And it’s one of the bigger pushes the U.S. has made to compete with China’s AI and technology investments. The money will fund projects related to cybersecurity, the detection of AI-created fake audio and video, the interaction between people and machines, explainable AI, and logistical areas like reducing the data or power needs of military machines. The Washington Post

Bots were designed to automate repetitive tasks, like operate social media accounts and conduct network maintenance. But now, they’re also used to operate fake accounts and manipulate public opinion. MIT’s Computational Propaganda Project studied the ways political bots using big data and automation spread fake information and distorting online content, proving to be “one of the best ways to broadcast extremist viewpoints on social media,” MIT reports. And while Twitter has removed fake accounts and is banning bots, the next generation of bots is evolving. With advanced natural-language processing (the same tech that makes Amazon’s Alexa and Microsoft’s Cortana), these future bots can behave even more like people. These are propaganda bots; bots capable of full human language remain aren’t used yet, but unlike today’s bots, they won’t declare themselves as they are. Instead, they’ll present themselves as human users actively conversing and commenting online; and their responses are getting harder to spot as not human. MIT Technology Review

It’s no longer a surprise that popular iPhone apps send user location data to firms hoping to grow their database and deliver location-based ads. But a group of security researchers at the GuardianApp project say 24 popular iPhone apps, like fitness and weather apps, quietly share the location data of tens of millions of mobile devices with third-party monetization firms we didn’t know about. These apps typically require access to a user’s location data in order to work, but fail to clearly disclose they share location and sensitive, identifiable data at all times with third parties. The researchers found these apps — ranging from NOAA Weather Radar app to beauty app Perfect365 — collect location data from Bluetooth beacons to Wi-Fi network names in order to figure out where a person is and where a person goes. These firms even collect device information, like battery charge status and cell network names. The firms claim users can opt out of this data collection any time, and say they require app developers to state they collect and send data to third parties. But these researchers, those requirements are “almost never verified.” TechCrunch

Is NASA Building a Gateway to the Moon?

That’s the plan, at least. NASA wants to build a lunar space station, or a “Gateway,” in orbit around the Moon. Jason Crusan, a senior NASA official overseeing development of the Gateway, said he thinks about it as a port in space or a “dock for activities that come and go.” The Gateway would be placed far enough from the moon’s gravity so NASA’s space rocket, the Space Launch System, and the Orion spacecraft can be used to build it. Afterward, the finished Gateway would guarantee NASA an annual SLS rocket launch to deliver crews there for 30- to 60-day missions. Government officials agree the Gateway is the right approach, and NASA has already offered contracts to aerospace contractors for six different designs for the Gateway’s habitat module. But some critics question whether NASA is building the Gateway to ease travels to the moon or Mars, or to provide a destination for its expensive spacecraft.  Ars Technica