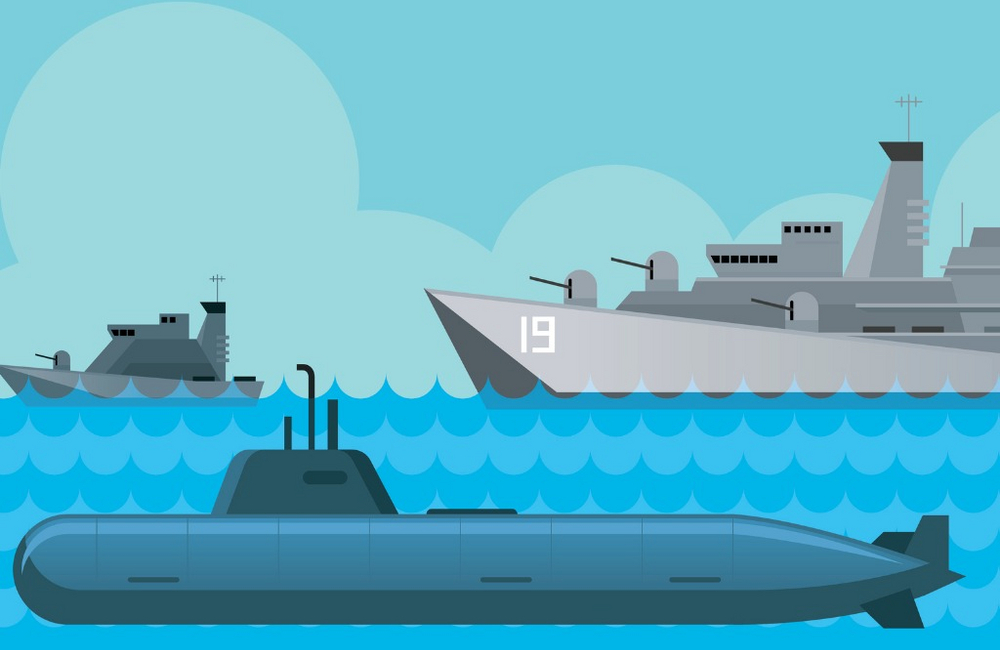 The idea of a “ghost ship” — a vessel without a crew, forever roaming the seas because of some curse — has fueled the imaginations of mariners for centuries. The Flying Dutchman, the most famous ghost ship, was a source of material for Sir Walter Scott and others, and became a sort of UFO/Bigfoot for sailors in the 19th and 20th centuries. England’s future King George V, for instance, described a sighting in 1881, and the crew members of a German U-boat said they saw it off the South African coast during World War II, among other sightings in between.

The U.S. Navy’s new Sea Hunter might not inspire tall tales or Wagner operas, but people won’t have to use their imaginations to see it, because it is real. It also has no crew aboard, but instead of being powered by curses or ghosts, it’s guided by artificial intelligence and a vast array of sensor systems. And if the Navy, other countries and the commercial ship industry have their way, it will soon have a lot of company on the seas.

The Navy’s Office of Naval Research recently took possession of Sea Hunter, a robotic anti-submarine vessel, and currently the world’s largest unmanned ship. Developed by the Defense Advanced Research Projects Agency as part of its Anti-Submarine Warfare Continuous Trail Unmanned Vessel, or ACTUV, program, it represents another step toward the Navy’s plans for making wide use of unmanned craft that are less expensive to operate — and less risky for human crews.

“ACTUV represents a new vision of naval surface warfare that trades small numbers of very capable, high-value assets for large numbers of commoditized, simpler platforms that are more capable in the aggregate,” Fred Kennedy, director of DARPA’s Tactical Technology Office, said when DARPA handed over Sea Hunter to ONR. “The U.S. military has talked about the strategic importance of replacing ‘king’ and ‘queen’ pieces on the maritime chessboard with lots of ‘pawns,’ and ACTUV is a first step toward doing exactly that.”

Sea Hunter is a 130-foot multihull boat — a main hull and two smaller outriggers — that at an early demonstration two years ago was described by then-Deputy Defense Secretary Bob Work as looking like “a Klingon bird of prey.” It can operate for months at a time, staying within maritime laws and practices for safe navigation, with a range of 10,000 nautical miles traveling at 12 knots. It uses a high-frequency sonar array to locate mines and even silent-running subs.

ACTUV was started in 2010, with ONR joining in as a partner in 2014. Built by Vigor Works (at the time called Oregon Iron Works) with a navigation system designed by Leidos, the ship now goes to ONR for further development. The prototype cost $23 million to produce, the Defense Department said. Meanwhile, Leidos, which eventually took over the initial project, is working on Sea Hunter II under a $35.5 million contract awarded in December.

The Navy has made a priority of autonomous unmanned vessels, with other projects such as its autonomous swarm boats, which can work tandem with other surface drones or manned vessels, and underwater “ocean gliders” for collecting oceanographic data. Early versions of the vessels were operated by remote, and although some still are, advances in machine learning and artificial intelligence are making full autonomy a reality.

Cargo Ships in the Wake

The private sector is following suit, in a race to get ahead in the development of autonomous shipping. Rolls-Royce and Google are teaming up, using Google’s cloud machine learning engine to improve Rolls-Royce’s intelligence awareness systems. Rolls has called autonomous shipping “the future of the maritime industry,” predicting remote-controlled vessels will operate along the coasts by 2025, and fully-autonomous ships will cross the oceans by 2035, according to Ship Technology.

Other companies are right in their wake. Companies such as Boston startup Sea Machines have tested autonomous vessels in harbor channels. Others are looking farther out, with Japanese shipper Nippon Yusen Kabushiki Kaisha planning to send an unmanned — but remote-controlled — ship across the Pacific Ocean in 2019, and organizations are putting a variety of other remote-controlled and autonomous vessels to sea, reports Port Technology.

And other countries are in the game too, notably China, which is building the world’s largest test site for unmanned ships off the coast of Guangdong Province in the South China Sea. The test area will be about 300 square miles, with an island control facility equipped with GPS, sonar and other components used to test ships for both military and civilian use. A Norwegian company, meanwhile, plans to launch a small (100 to 150 containers) unmanned ship this year on a short cruise. The ship initially will be operated by a small crew, then remotely, and is scheduled to be completely autonomous by 2020.

Given the rapid pace of advancements, in a few decades, the rare “ghost ships” of yesteryear may instead become the norm for travel and transportation on the high seas.