How one suburb in Texas is pioneering self driving ridesharing.
Kevin McCaney 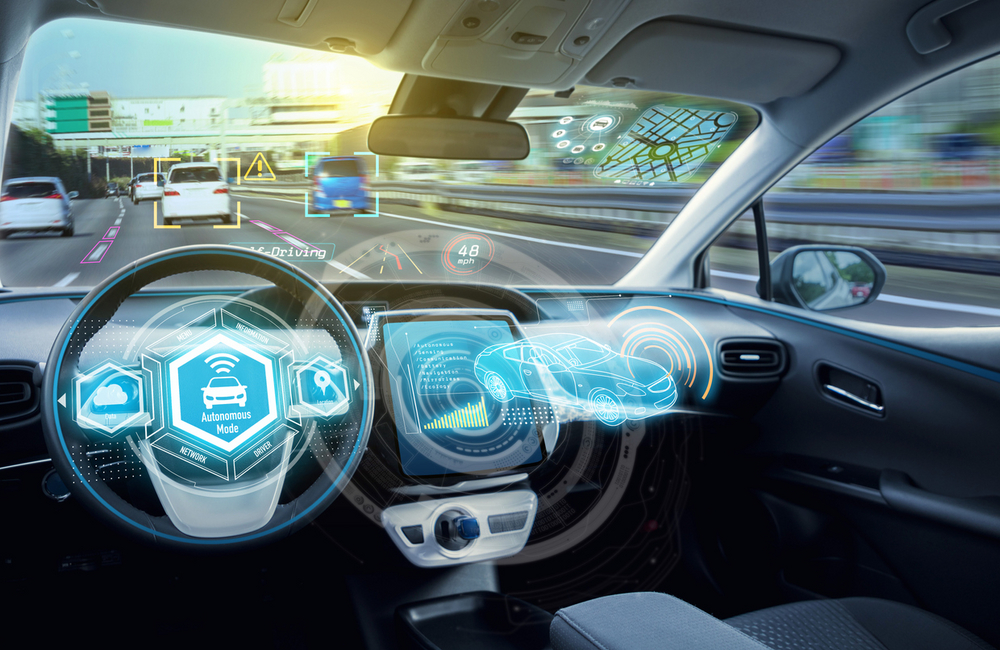 Arlington, Texas, is fairly well-known for having missed the bus when it comes to public transportation. The city of 400,000, located smack in the middle of the metro area bracketed by Dallas and Fort Worth, has long held the distinction of being the largest in the United States without public transit—except for a few recent years when it added a single bus route that ultimately failed to go the distance anyway.

But city officials are now exploring the idea that they maybe they don’t need a bus system at all. Instead, they can combine three technology-driven trends—artificial intelligence, autonomous vehicles and ridesharing apps—to provide reliable service within a framework that just might eventually move Arlington to the front of the public transportation pack.

On Oct. 19, Arlington and the self-driving car startup Drive.ai launched a one-year pilot with a small fleet of three autonomous, three-passenger vans that can be hailed via a smartphone app and will ferry passengers—topping out at 35 mph—around the city’s entertainment district, which includes AT&T Stadium (a.k.a. “Jerry’s World,” where the NFL’s Cowboys play), Globe Life Park (home of MLB’s Texas Rangers), the Texas Live! entertainment smorgasbord, and the Arlington Convention Center.

The on-demand service, which is among the country’s first ride-hailing programs featuring self-driving cars, provides regular shuttle service within the geofenced service area. Passengers can hail a ride by using the Drive.ai smartphone app or by visiting a pick-up kiosk along its route. Currently, there are only two kiosks—at Texas Live! and at the convention center—though Arlington says it will be adding more. Drive.ai, which is promoting the idea of other collaborations with city governments, already had tested self-driving vans as part of a smaller deployment in Frisco, Texas, just north of Dallas.

Meanwhile, the city also is piloting a ride-sharing service called Via, which has 10 human-driven, six-passenger Mercedes-Benz vans offering rides anywhere in the city’s downtown area, entertainment district and other sections of town. Rides, hailed through the Via smartphone app, are $3 per person, though passengers can also get a one-week pass for $10.

It’s a small start, but one that Arlington officials expect to grow—they’re already planning to add more Via vans to expand its service areas, and two add two more self-driving vans in the entertainment district. And it could eventually force other cities to reconsider their approach to public transportation. The popularity of the Uber and Lyft ride-sharing services, which Via is modeled after, has helped create the expectation for door-to-door service.

Whether programs like Arlington’s can scale to the point of replacing public bus systems, however, is still up in the air. The city might be thinking of leapfrogging the established model of public transportation the way places with poor telephone service once used cellular technology to get ahead of places tied to landlines, but there are questions and hurdles in the way.
Researchers are still trying to draw a clear bead on the impacts, good and bad, that Uber, Lyft and other ridesharing services are having on transportation overall.

The battles with taxi services in places like New York have gotten a lot of attention, but their effect on traffic and public transportation overall will likely have a greater impact. So far, the results are mixed. A study by the UC Davis Institute of Transportation Studies last October found that, while people were doing less driving on their own, ridesharing services were nevertheless putting more cars on the street, adding to congestion and emissions.

The researchers—who surveyed people in seven major metro areas, including suburbs—estimated that between 49 percent and 61 percent of ridesharing trips either wouldn’t have been made at all or would have been made by walking, biking or taking public transit. As a result, ridesharing was adding traffic. Meanwhile, ridesharing was taking away from public transit. Although 3 percent of rideshare users said they rode heavy rail systems more often—using ridesharing for the “last mile” of their trips—6 percent said they used the bus less often, and 3 percent had reduced their use of light rail.

Overall, public transportation use is on the decline significantly in major cities like New York, Los Angeles, Austin and Washington, D.C. A report in the American Prospect attributes much of that decline to ridesharing apps, and says it’s just the beginning. Door-to-door ridesharing is more convenient and, at the moment, affordable for many users, since the services are heavily subsidized by the companies—Uber currently covers 50 percent of the cost of every ride. Another ripple effect of the drop is that it disproportionately affects poorer people who rely on public bus and rail services.

Could Arlington’s approach—ridesharing as public transportation rather than instead of it—be the future? The programs are small and in the pilot stage, though the city is planning to continue and expand them. And while the rides are cheap, they are heavily subsidized. Arlington is covering about a third of the nearly $1 million cost of the Via pilot, with the rest coming from the Federal Transit Administration, the city said. The self-driving van pilot is being funded by the city and a $343,000 federal grant. But its efforts have drawn interest from cities such as Boston and San Jose, and others in between, Arlington officials said.

Getting from here to there, however, won’t happen overnight. The AI technology that would make autonomous vehicles an everyday reality is still in the works, as are the infrastructure upgrades and mapping technologies that would make them truly viable. But while Arlington and other cities pursue what could be the next public transportation trend, other places will be waiting for the next bus.