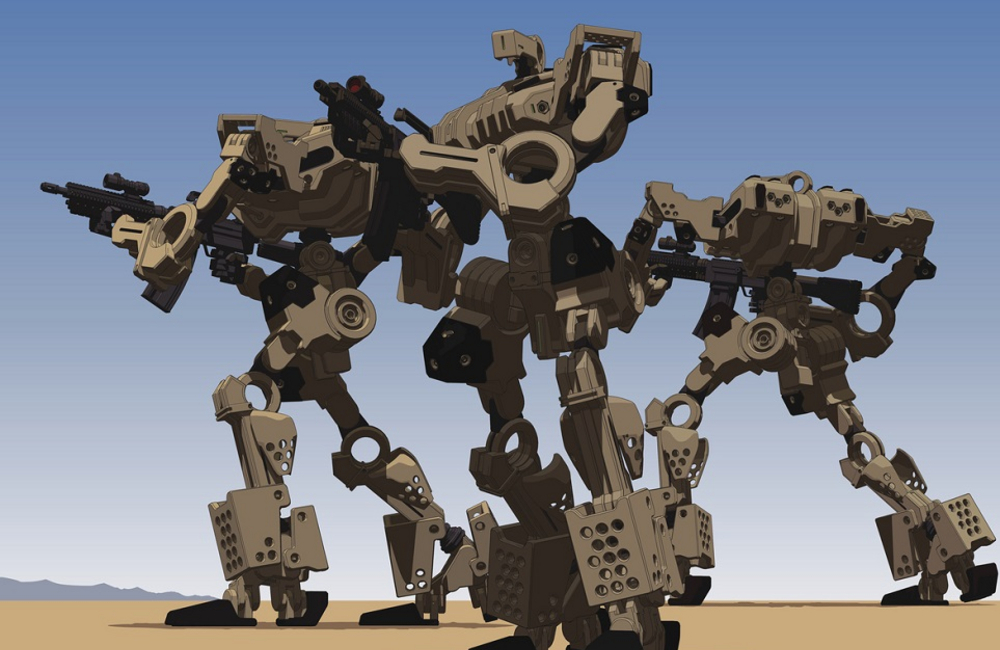 Recent breakthroughs in robotics and artificial intelligence can create the impression that the days of smart (and occasionally, smart-mouthed) humanoid robots engaged in epic battles are somewhere right around the corner, but let’s not get ahead of ourselves. For all the technological leaps the field has taken, the robots of today — while pretty impressive and steadily improving — are still more Roomba than Optimus Prime.

"This was testing of genuine and unique technology, partnered with cutting-edge development to address a complicated problem," Army Lt. Col. Jesse Curry said in an Army report on the exercise, which was part of a demonstration of unmanned capabilities called the Robotic Complex Breach Concept.

While that operation and other development in robotic ground vehicles represent a clear step forward, they nevertheless underscore the challenges and current limits facing bots on the ground.

The operation was still run by humans, with teams outfitting vehicles and weaponry for remote control, including the Terrier armored digger, the M58 Wolf Smoke Generator (which covered operations in a hazy cloud) and the vehicle-mounted Automated Direct and Indirect Mortar. The exercise also had unmanned air support in the form of the Puma Unmanned Aerial System for intelligence gathering and the Instant Eye UAS, which looked for potential possible chemical weapons.

For troops on the ground, these systems have obvious tangible benefits.

"Being able to take soldiers out of harm's way and accomplish the mission is a very attractive option to any commander," Curry said. "It's a capability that the enemy will not know how to counteract when we implement it. This type of technology enables us to stretch further while conserving resources."

The most important of those resources, of course, are human lives.

“The casualty rate for a breach is expected to be 50 percent,” one platoon leader, who’s also an engineer, told Stars and Stripes. “Being able to take our guys away from that, and have some robots go in there, is a very positive thing for us.”

The breach operation may have been a first for the military, but it’s far from the first time robotic systems have performed jobs that would be very dangerous for humans. The military services have for years used robotic units to detect and dispose of roadside bombs and improvised explosive devices. They’ve used unmanned vehicles to deliver supplies in contested areas both on the ground and through the air via helicopters.

But the operation also shows that, on the ground, the military is still catching up to the proliferation of unmanned, and increasingly autonomous, air vehicles.

Part of the problem is that the challenges are much more complex on the ground than in the relatively uncluttered air, particularly for vehicles in austere, rugged environments, where they could be dealing with an enemy. Compared with, for instance, self-driving cars at home — where vehicles travel on well-mapped, paved roads with signs, lights and nearly universal rules and regulations, and the idea is to not confront other vehicles — military robots have more on their plates.

The Army is hoping that could change in the near future. In addition to protecting lives, the service says greater use of robotics would increase the reach of a brigade combat team tenfold while supporting the longevity of operations from autonomous re-supply missions.

AI in the Mix

Its plans for robotics got a boost in January with the launch of the Army Robotic and Autonomous System Strategy Execution Plan, headed by the Army Training and Doctrine Command’s Maneuver Center of Excellence. At the new Robotic Center of Innovation, known as Robot City, at Fort Benning, Georgia, the Army is incorporating robotic systems with artificial intelligence and machine learning systems that could greatly increase their functions — for instance, coming to the aid of soldiers being shot at, TRADOC says.

Two Army divisions — the 101st Airborne and the 10th Mountain — later this year will become the first to put robotic combat vehicles into their formations, the Squad Multipurpose Equipment Transport, which can haul up to 1,000 pounds of gear across 60 miles of rough terrain in about 72 hours.

The Army also is looking to improve the kinds of tools it already uses, such as those for bomb disposal. Among the robotic systems under development is the Common Robotic System (Individual), or CRS(I), a 25-pound unit that can be carried by backpack and is significantly lighter than other versions, which weigh in at 150 and 700 lbs.

For the time being, “Transformers” scenarios can stick to the movies, but battlefield robotics are capturing some new ground.