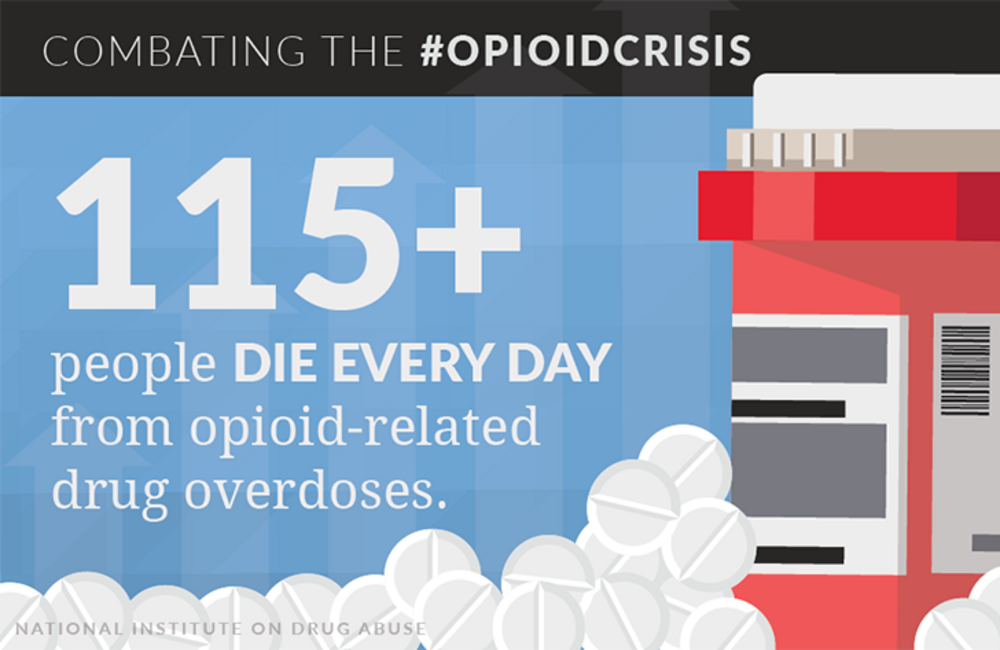 As the opioid epidemic marches on relentlessly, states are adding artificial intelligence to the tools they use to try to stem the tide. The problem is too big and multifaceted for data to step into the ring on its own, of course, but it can be a useful tool by identifying patterns in prescriptions, locating pockets of illegal use and enhancing some processes that already have shown some effectiveness.

The raw numbers alone tell an alarming tale of the opioid crisis. There were more than 63,600 overdose deaths in the U.S. during 2016 – the latest year for which full records are available – and 42,249 of those involved an opioid, according to the Centers for Disease Control and Prevention. CDC also estimates that between November 2016 and November 2017, the number of overall drug overdose deaths rose to 73,000. On average, as of 2016, 115 people in the country died from opioid overdoses each day.

States and the federal government have launched a variety of programs to fight the epidemic, many of them based on data. Just about every state has established drug monitoring programs that collect and analyze data on electronic prescriptions submitted by pharmacies and doctors. They have been used, for instance, to identify “doctor shopping” among patients, a sign of misuse that precedes more than 21 percent of unintentional prescription drug overdoses, as well as instances doctors or pharmacies could be — intentionally or unintentionally — flooding a community with prescription drugs.

Many of these approaches rely on the collection and analysis of data, which is where machine learning and AI algorithms come in, and they have proved effective with misuse of prescription drugs. A real-time prescription monitoring program run by Missouri’s Medicaid division, MO HealthNet, reduced the number of patients getting more than the Food and Drug Administration's recommended dose of opioids, lowering the use of Vicodin by more than 30 percent and Percocet by 16 percent between January 2012 and January 2015. An opioid monitoring program in Pennsylvania sharply reduced instances of doctor shopping.

As states, cities and federal agencies collect more data, however, automated machine-learning analysis becomes a necessity for sorting through all the available information, especially in situations where time of response is a factor. And drug-monitoring systems, which track trends in prescriptions, don’t cover illegal drugs, which are a significant source of the problem. Doctors nationwide reduced the number of opioid prescriptions by 22 percent between 2013 and 2017, according to the American Medical Association, but the number of fatal overdoses has continued to climb. The 42,000 people who died from opioid overdoses in 2016 represented the most on record.

So, government organizations are turning to AI to streamline and expand their analyses.

In New York’s Nassau County, for example, police are using a real-time mapping technology that recognizes signs of illegal drug use and related activity. The system will take note of multiple overdoses occurring within a 24-hour period — an indication that a bad batch of heroin or a synthetic opioid like fentanyl is on the streets — and spot drug-related crimes such as pharmacy robberies, Medium reported. That allows the county to focus its prevention and treatment programs, as well as spread the word about particularly dangerous illegal drugs.

Laws in Michigan, Florida and Tennessee took effect July 1 limiting the amount of opioids doctors can prescribe at one time, and requiring doctors and pharmacies to take additional precautions in writing or filling prescriptions. Compliance with these laws will be confirmed by tracking electronic data.

West Virginia, the state hardest hit by the opioid crisis, also is employing AI analytics to spot trends and target its response. And Massachusetts, another state where the crisis has grown exponentially — at more than twice the national average since 2012 — is using analytics to combat the problem.

At the federal level, the Justice Department established the data-driven Opioid Fraud and Abuse Detection Unit in August 2017 to focus on prosecuting opioid-related health care fraud. The unit draws on data from 12 regions around the country — including prescription drug databases, Medicaid and Medicare figures, and coroners' records — to identify “pill mills” and individuals who are contributing to the epidemic. The unit has identified illegal practices that local police and prosecutors were unaware of.

Meanwhile, communities around the country (many of them in Ohio) have filed more than 200 lawsuits against drug companies and distributors for, what the suits claim, is their part in the epidemic.

Although addressing the epidemic relies mostly on prevention and treatment, advanced analytics and cloud-based sharing technologies can put the available data to use and give health care organizations, police and prosecutors a leg up in trying to get the problem under control.