Officials from the VA and beyond engage the community for feedback on their most pressing IT issues.
Melissa Harris 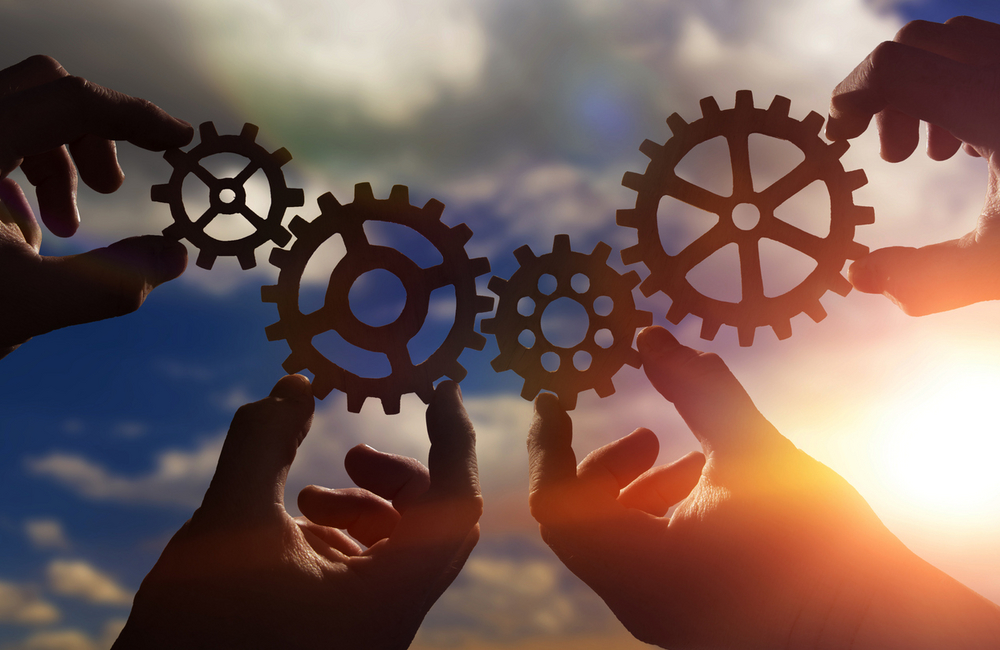 Across the public and private sector, organizations emphasize that partnerships are one of the most critical components to achieving transformation in federal information technology. It was a theme highlighted across various discussions at ACT-IAC's annual Imagine Nation ELC event in Philadelphia this week.

Gathered in open-floor sessions within an exhibition hall, leaders from agencies like the Department of Veterans Affairs and the Department of Health and Human Services leveraged real-time feedback opportunities to address some of their most pressing challenges in areas including cybersecurity, emerging technology and workforce issues.

In one "TechKnow Show" session within a pop-up glass enclosure on the floor, Veterans Health Administration Office of Patient Centered Care & Cultural Transformation National Program Manager Alison Whitehead presented the agency's “whole health” system, a strategy VA is taking to empower and equip veterans to take charge of their health and wellbeing to live their lives to the fullest.

Whitehead asked participants to group up and brainstorm their own ideas to help empower veterans with whole-health strategies.

“I think an area where a lot of you might be able to come in and help out is that larger area of the community,” Whitehead said. “We have about 20 million veterans in the U.S. and about 9 million or so I think seeking care at VA. So the components are health and wellbeing — one of the things that we are working on with our veterans [are] these eight different areas of self-care,” including nutrition, fitness, happiness and various other areas.

Among the ideas were to make the best use of technology in VHA's whole-health approach, like expanding telehealth services and producing mobile apps for veterans to access and update their health records. Whitehead then reviewed the pitches and asked participants to expand on ideas she thought were pertinent to her initiatives, allowing room for dialogue and real-life scenario problem-solving.

Another TechKnow session put the Defense Health Agency in focus. Chief Innovation Officer Col. Christopher Ivany told attendees that the agency struggles to streamline an idea pipeline across its facilities around the world. This obstacle, Ivany added, is especially challenging given that as of Oct. 1 DHA assumed full control over 400 military treatments facilities managed by the Army, Navy and Air Force, which altogether treat about 9.5 million soldiers and beneficiaries.

“Amid this major reorganization, the DHA is establishing the capability to internally conduct innovation, which it defines as a process that accelerates change by creating new or different systems or capabilities to better achieve the quadruple aim — health, care, cost and readiness,” Ivany said. “DHA needs to create a culture that seeks disruptive change and establish a structure and process to support it.”

Participants, many of whom work in industry, proposed that DHA create idea challenges, innovation labs to simulate environments and test ideas, and collaboration structure across both DHA C-suites and agency counterparts to spark innovation.

Ivany and participants concluded that creating a governance and leadership framework that would support an actionable idea pipeline would be a potential plan of action to pursue to incorporate many of the pitched ideas while addressing the challenge he presented.

Amid these larger workshops were other smaller sessions, which ACT-IAC dubbed “Caffeine Rounds,” which encouraged more informal dialogue about certain topics between industry and federal officials.

In one round, General Services Administration's Bill Zielinski, assistant commissioner for the agency's Federal Acquisition Office of IT Category, addressed potential pitfalls when there are too many IT-related C-suite positions.

“It’s going to be a little bit of a cycle to get that relationship,” Hill said. “I think there’s a lot of ways to [find] the secret sauce to make it work, but it’s going to probably take a lot of executive-type engagements to make it aware. The end result is that our customers, the end users, get their business needs met to build the mission that they’re trying to accomplish.”

Department of Health and Human Services Acquisition Division CTO Oki Mek also held a Caffeine Round to look at blockchain through a cybersecurity lens. Mek, who helped HHS get the government’s first blockchain-based program "authority to operate" in HHS Accelerate, argued that in an agency as federated and large as HHS, implementing blockchain and AI are key to accelerating low-value work and identifying threats to keep the agency’s systems secure.

Since some are still wary of the security blockchain’s distributed ledgers because of its lack of centrality or authority, Mek used the session to create a dialogue around those uncertainties. Mek argued that most break-ins occur in centralized systems, distributed logs address the logging component of the continuous mitigation diagnostics program, blockchain allows for full transparency of data and that the biggest challenge of implementing more blockchain solutions is a cultural one.

“The hardest part is changing the hearts of people,” Mek noted.

On that notion, leaders agree that changing the hearts and minds of people — whether in government or industry — can only occur through continuous and close discussions. Amid the many initiatives both in private and public sectors to transform IT, agencies found new opportunities in cultivating meaningful partnerships and idea-sharing.