The JCF aims to leverage cloud platforms and data to enable open-access development of AI across the military.
Melissa Harris 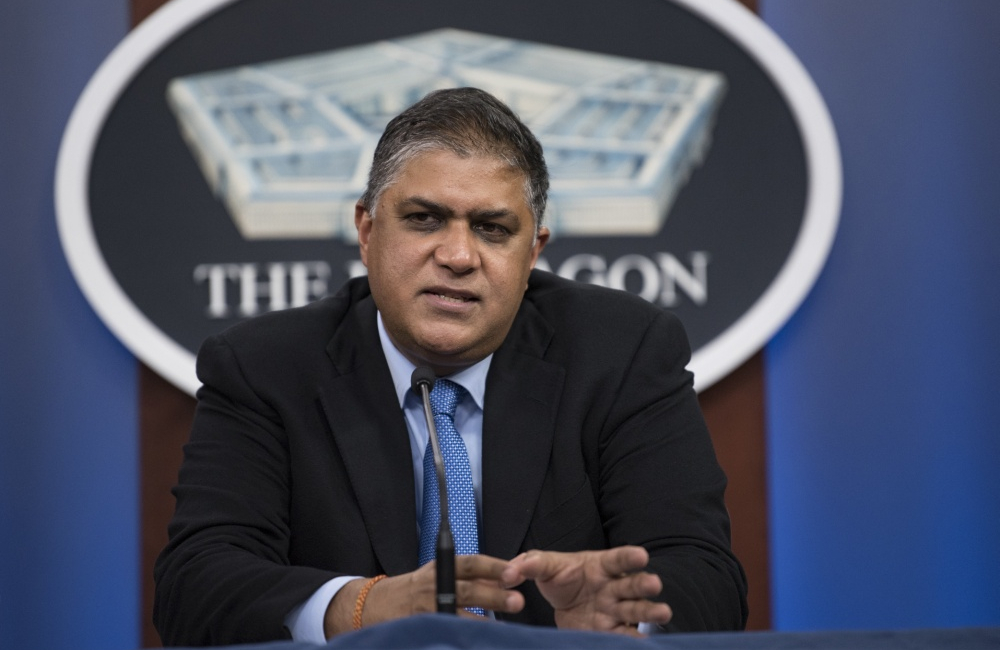 The JAIC stood up the JCF this summer as a development space that leverages cloud platforms, such as the Joint Enterprise Defense Infrastructure and Air Force’s Cloud One. Its goal is to enable open-access development of AI to all of DOD and to develop AI that is repeatable rather than a one-off product, JAIC's former acting director and current chief technology officer, Nand Mulchandani, said during ACT-IAC’s virtual event last week.

The JCF would allow "anybody at the DOD to access not only development resources, whether they be code repositories or libraries or toolkits, etc., that have been secured and enabled for use across the DOD,” Mulchandani said. “Data and model-sharing is a very key part of the story. What we’re finding — and this is very much a business model of any scalable organization — is finding repeatable patterns across the organization so that we’re not building one-off products and one-off pieces of technology, that as we build models, as we build software, we can find repeatable patterns and apply the same solutions.”

Mulchandani further emphasized the role of resource-sharing and data democratization in making the JCF’s approach to development. This is especially key for a large organization like the DOD, which produces a significant variety of data types in large volume.

“Whether it be numerical or string data, managing image data, even full motion video object detection [data], all of these techniques and algorithms over time are getting highly commoditized,” Mulchandani said. “The real value in the platform and the IP is in the data. … We are now, obviously, turning the corner in starting to store it, label it and now, starting to use it for training our own systems, and this becomes our most valuable IP.”

As the JCF continues to root itself in AI development, Mulchandani also highlighted that software in general, especially if developed with emerging technologies and techniques, represents a catalyst for change and can give the DOD a significant competitive advantage against adversaries. Although the JAIC focuses on AI, one of the most emergent forms of software, Mulchandani said that broad software development can greatly benefit military activities.

“There’s no question that software, agility in software, the ability for our warfighters at the edge to be able to build code, deploy it, use it and even throw away an application — that level of agility is going to be the core of our competitive advantage,” Mulchandani said. “This idea of core software platforms enabled across the DOD is the goal for the JAIC and for our transformation that we’re working through.”

Mulchandani, who took over for former JAIC Director Lt. Gen. Jack Shanhan in June, oversaw the creation of the JCF when the Defense Informations Systems Agency issued the JAIC $106 million to stand up the development environment in August.

While Deloitte Consulting will serve as the lead system integrator for the JCF’s contractor service solutions, Mulchandani said that it will lean into research organizations like the National Science Foundation and Defense Advanced Projects Research Agency to continue integrating forward-leaning technologies into its development efforts.