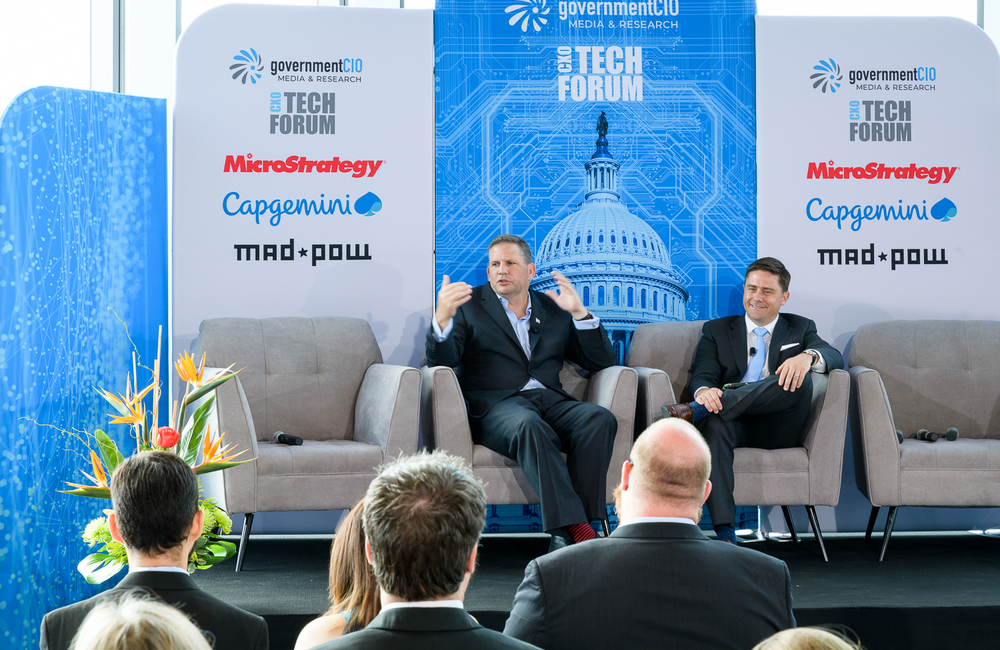 James "Hondo" Geurts, assistant secretary of the Navy for Research, Development, and Acquisition, said on June 20 at GovernmentCIO's Acquisition Innovation CXO Tech Forum the service needs to tailor its procurement strategies around its programs and not buy digital services with the same process it buys aircraft carriers.

The Navy's top acquisition executive said large organizations too often create stacked up bureaucracies, especially when it comes to procurement. Instead, acquisition officials must empower their leaders and emphasize decentralized execution, Geurts told the audience.

“It could be applicable to other government agencies. Very frankly, it needs to be applicable in business because a lot of the large businesses suffer from the same [thing],” he said.

Decentralized execution is one of the assistant secretary's four “D”s, as he calls them. The other three Ds include: differentiation of work, digitization of operations, and development of talent.  He concluded, “I think [if] we challenge those four “D”s as a community, we’ll position ourselves to win.”

Geurts began the keynote discussion with a few comments on the Navy’s current state. “A lot of it revolves around figuring out how to reduce the friction and increase the communication.”

Although the importance of doing so seems apparent, Geurts said, “I think sometimes we completely talk past each other, and we ask for things that either can’t exist or aren’t the right things… Then, when folks propose an innovative solution, it doesn’t match what we asked for; therefore, we don’t pick it, even though it’s the better solution.”

Recognizing such tendencies is essential to combating them, quickly. He attributed success in acquisition to speed and simultaneity. In his definition of simultaneity, Geurts underscored diversity and the ability to do things well.

Explaining the significance of speed, he said: “We kind of live, a little bit, in what I would call the age of surprise…I try and write a 30-year shipbuilding plan. You’re trying to write a 10-year business plan, and by the time you’ve started it and ended it, the world has changed 17 times in between.”

Drawing on his previous experience in U.S. Special Operations Command, Geurts reminded those involved in acquisitions to focus on closing the distance between the end-user, developer and buyer.

“This notion of closing distance…and opening up aperture is really important,” he said.

Moving forward, Geurts is concerned about making impactful change. “We can’t just do what we’ve always done," he said.

The NavalX network, increasing the interconnectivity of innovative ideas across the Department of Navy and with industry, was born out of this mantra. At USSOCOM, Geurts championed a program called SOFWERX that helped connect USSOCOM acquisition leaders with small businesses that tackled some of the command's most difficult challenges.

Despite all of his learned lessons, Geurts acknowledged there is not one particular formula at the core of acquisition success. “It’s not a process or a specific tool…[but] a mindset driven through trust, credibility, and transparency.”