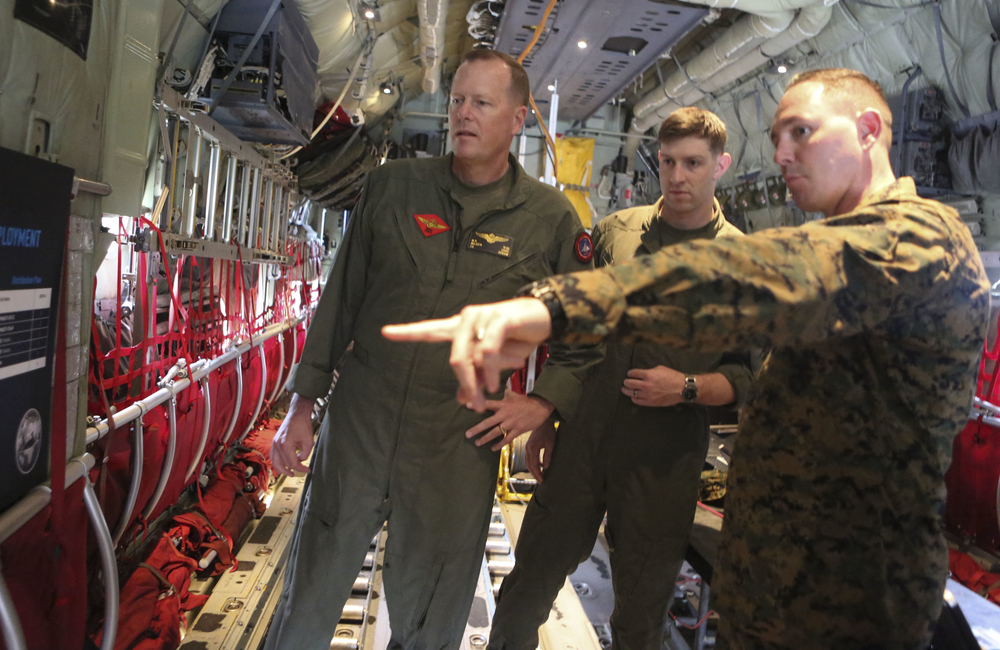 The Defense Department's Joint All-Domain Command and Control (JADC2) concept aims to connect sensor data from all military services, but until recently it has only been in the experimental phases since late 2019.

Now armed with a newly released strategy March 17, defense leaders are opening up about how tech frameworks like DevSecOps, identity solutions and zero trust are going to play out into JADC2's next steps.

The March 17 strategy highlights common data standards as an imperative for JADC2 implementation to allow the warfighter to “sense, make sense, and act at all levels and phases of war, across all domains, and with partners, to deliver information advantage at the speed of relevance.”

“When you look at JADC2, this is not something we're just going to go buy, it's a strategy,” he said this week at the Satellite 2022 conference in Washington, D.C. “That takes the technology, it takes people. Having the same data…is incredibly important to get right.”

“I would argue the most important for JADC2 is cloud-based DevSecOps,” he said at Satellite 2022.

Satellite communication will be a linchpin of JADC2 success. Satellites can extend 5G networks across air and sea, as well as to more remote areas inaccessible by cell tower. Satellites will be the “backbone” of JADC2, according to a Mitchell Institute for Aerospace Studies December 2021 paper.

Dean said DOD is finishing a two-year study on how to improve SATCOM’s ground terminal system’s interoperability, compatibility, and security and prepare for 5G and JADC2.

He referenced the $7 million Thunderdome zero trust prototype DOD awarded to Booz Allen Hamilton and how DOD is waiting to see what data-sharing and exchange across satellite networks and 5G will look like via a zero trust architecture.

“The JADC2 data fabric has to have a zero trust environment,” he said.

“One of the objectives here is, we'd like to see communication happen automatically,” Massey said at Satellite 2022.

Seamless, secure, automatic communication is a must for JADC2. If DOD can’t operate securely across spectrum bands and 5G networks shared with adversaries, then JADC2 is unattainable.

“We need to be able to seamlessly roam. I should be able to send a message, [and] it gets over there,” Massey said. “I don't care about the transport layer, I want the message to get there. I don't want to adapt by saying, 'I sent the message and it didn't get through.' The more [data] standardization we have, the more we can pivot quickly and adapt.”

“In the future, every capability on the battlespace becomes a sensor, whether it's a SATCOM sensor and can report activity on the spectrum and report that back,” he said at Satellite 2022. “We continuously underscore cyber hygiene. Directionality, spreading the spectrum … we're taking a look at, how do we obscure spectrum? As you look at 5G, how do you blend in with other 5G users and hide within the spectrum?”

“On the security piece in particular, we are really trying to go from a perimeter-based security design to embracing a zero trust type of environment,” Collins said. “That starts with encapsulating our data, the ability to tag itself with security aspects, then have some kind of identity and credentialing system so it can correlate itself with that data and only render the data it needs, and endpoint security is part of that formula.”

ICAM solutions can help by quickly verifying users and endpoints to allow a continuous flow of data.

“Identity management has to play in … or we're not going to achieve the goal,” Rey said at Satellite 2022. “We have to reduce complexity at the transport layer.”

JADC2 will be an "enabler on the battlefield" if DOD can get satellite communication and security right, Collins added.

"[We're] trying to get to an accelerated decision dominance," he said.