4 Examples of How AI Can Make Cities Smarter 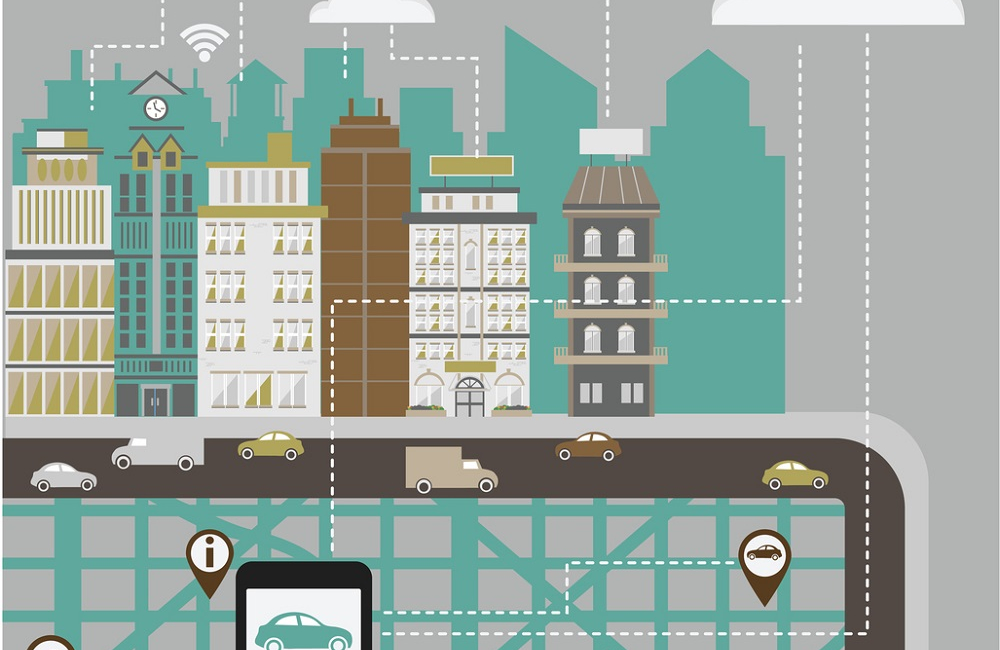 What makes a smart city “smart” can be hard to pin down. Proponents claim smart technology is clearly the future, citing the use of sensors, advanced data analytics and a cloud infrastructure as a way to improve services and increase efficiency while holding down costs. Skeptics might counter that “smart” is just a marketing buzzword tacked in front of products or services to make them seem better and more innovative, regardless of real value (like adding “blockchain” to a corporate name could drive up its stock price, at least temporarily, even if the company’s product is iced tea).

They’re both right. Most people have encountered or least heard about some “smart” devices of questionable intelligence or usefulness, like connected toothbrushes or water filters that won’t work without a smartphone app. Smart doesn’t always mean good. But any technological revolution will have its excesses and misfires, and there are signs of how smart technologies improve city services and how artificial intelligence accelerates the change.

While some proponents worry the United States is falling behind efforts such as those of Chinese company Alibaba, which has designed smart cities in China and recently launched the Malaysia City Brain in Kuala Lumpur, AI technologies are taking hold around the United States. Here are just a few examples of how AI, machine learning and analytics are being applied to create, or improve, services.

Driving in city traffic isn’t so much a matter of distance but of time. The office, restaurant, or theater you’re going to might not be far away in miles, but the time it takes to get there can be an open-ended question, with so much depending on congestion and how red lights contribute to it.

Adaptive signal control, applied in Los Angeles, San Antonio, Pittsburgh and some other cities, uses real-time data to change the timing on traffic lights to adjust to the flow of traffic. The Transportation Department says adaptive signal control can improve travel times by more than 10 percent — and in some areas with seriously outdated signals by 50 percent.

The idea of traffic signals timed to improve traffic flow isn’t new — 50 years ago, drivers going through West Philadelphia to Center City could hit nothing but green lights for about 30 blocks by maintaining a designated speed — but those older systems were static. Current systems that collect data from strategically-placed sensors and process it quickly can determine on the fly which lights should be red and which should be green.

Better traffic flow not only makes driving more agreeable for motorists, but it has a tangible economic impact, according to the Transportation Department. The Texas Transportation Institute has estimated the cost of traffic congestion at $87.2 billion ($750 per traveler) in wasted fuel and lost productivity. Relieving congestion also can save states and cities money in the time and manpower cut on recording and responding to complaints.

Another benefit of better traffic flow and traffic sensors systems is better public transportation, whether in the form of taxis, Uber/Lyft-type services and buses. The Massachusetts Bay Transportation Authority and others tap into real-time information to make accurate arrival-time predictions available to the public.

The proliferation of surveillance and security cameras in cities is only going to continue — NVIDIA predicts there will be about 1 billion of them in use around the world by 2020. While this has raised concerns over privacy and possible police-state tactics, the presence of cameras has produced documented improvements in public safety, reduced crimes rates in some areas, and in catching criminals — a security cameras played a key role in tracking the Austin, Texas, bomber.

But all those cameras produce far more video than human monitors can watch, let alone process and analyze.

Video can be checked forensically to identify people or actions after the fact, but monitoring them in real time has been out of reach. Government agencies and AI developers want to change that. The Defense Department Project Maven is training AI systems to identify specific objects and activities in imagery, and the Intelligence Advanced Research Projects Activity is looking to use AI for real-time monitoring of multiple video feeds through its Deep Intermodal Video Analytics, or DIVA, project.

Industry also is developing tools for better video monitoring, such as NVIDIA’s Metropolis platform, which uses deep learning AI to speed up analysis.

A clear advantage to AI is in streamlining power and water and usage. Google has said its AI has cut power requirements in its data centers by 40 percent. Cities are employing smart grids to better manage power use. Chattanooga, Tennessee, for instance, has been a pioneer in smart grid technology and is now building on its partnership with Oak Ridge National Laboratory and the University of Tennessee-Knoxville on a solar-powered microgrid at the city’s municipal airport. AI also is being applied to water metering to curb excess water and find leaks.

AI is being applied to help solve — or, at least, ease — one of the banes of city existence: finding a place to park. Redwood City, California, for instance, uses a predictive modeling and AI framework from VIMOC Technologies to identify patterns of use in parking garages and other areas to make parking more efficient.

License plate reader technology is used by police to find stolen cars, identify expired registrations and otherwise run checks against criminal databases. Attached to the lower part of police cruisers, automated LPRs can scan up to 1,800 license plates a minute across four lanes of traffic and almost immediately alert police is a plate if flagged for some violation, according to Leonardo, one company that makes them.

Most of these innovations have raised some objections, from privacy concerns to claims that predictive policing systems reflect biases built into their programming. But while civil rights concerns will need to be addressed and some kinks in the systems will undoubtedly have to be worked out, AI will be used more and more in in city systems. If for no other reason, it has proved to be economical, with a Deloitte University Press study saying AI can save government $41 billion.